skip to main | skip to sidebar

I am here to draw to an end a fabulous tradition, started back in July, continuing through the sticky months of summer, into dreary wet fall and on through dark February. While it took a 8 whole months to get through all 8 Harry Potter films, our goblets are not the worse for ware and plans are afoot for a Godfather series. If Basilisk Blood can be imbibed from such a glass, can't a good Chianti too? 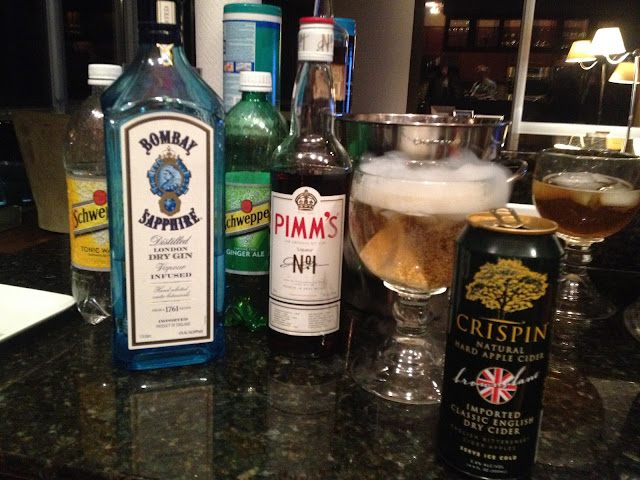 Rather than drink to specific thematic event or person in HPDH2, we opted for a general celebration of all things British and grown up. Pimms, Bombay Saphhire, and Crispin were on hand with, as always our gigantic block of dry ice. As Harry and Ginny were on their way to making other little Potters, we felt it wasn't quite appropriate to be sipping away at such childish cocktails. We have grown up haven't we? 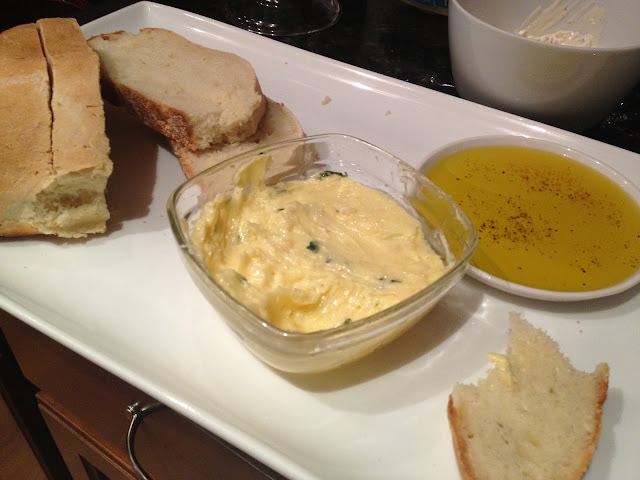 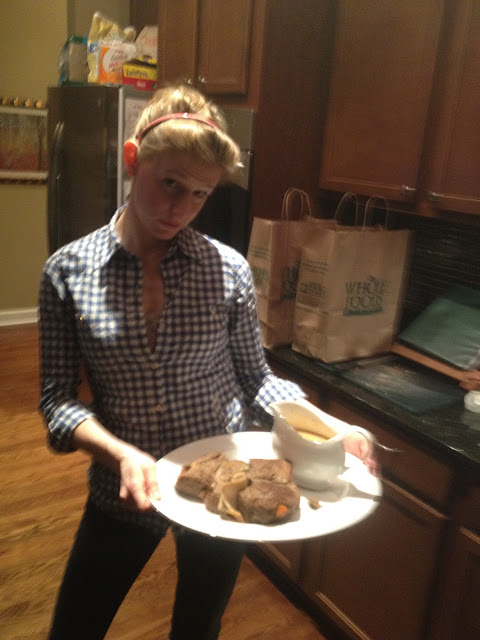 Unfortunately poor Fea still hasn't learned her lesson and is convinced that an adorable English bulldog stare should elicit some pity. Scraps were tossed her way since she can claim the most British bloodline of us all. 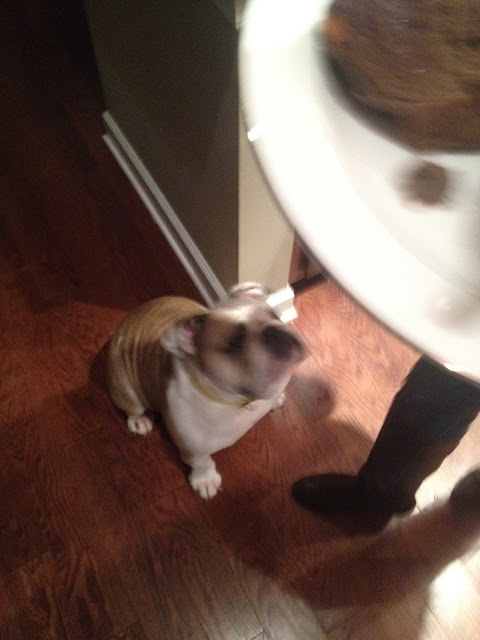 So here we leave you friends. With a table decked with a stout-braised roast, butter smeared red potatoes and more bread. The Brits don't believe in vegetables after all. Underneath that lovely cheatah'ed foil is the largest mother f-ing chocolate trifle you've ever seen. If you ever ask Lorien to make a trifle she doesn't mess around. You've been warned. 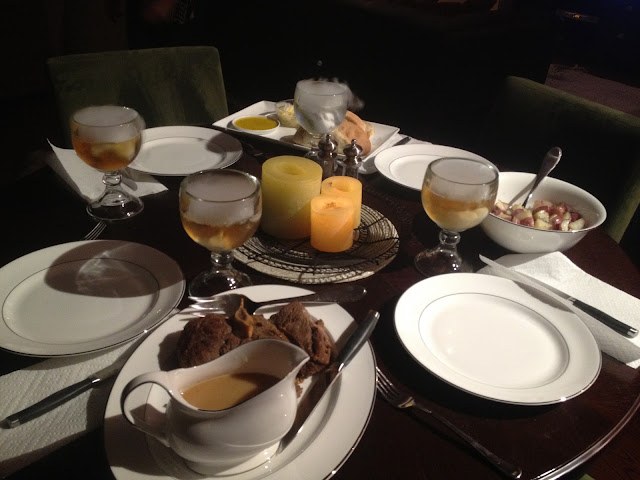 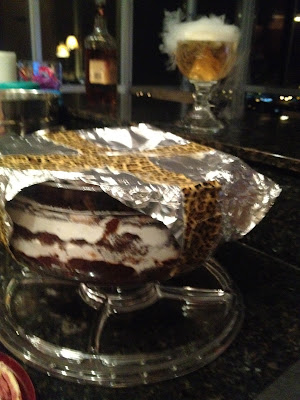 Hopefully we'll have tales of horse head and pasta for you next time.
Posted by GreenSug at 2:01 PM

GreenSug
Trading pork bellies and coffee by day, then roasting them all up at night, Joanna is a commodities broker by trade, urban farmer/food adventurer at heart. She graduated from Kendall with a certificate in Professional Cookery, writes for Gapersblock.com/drivethru and used to keep chickens in her backyard.